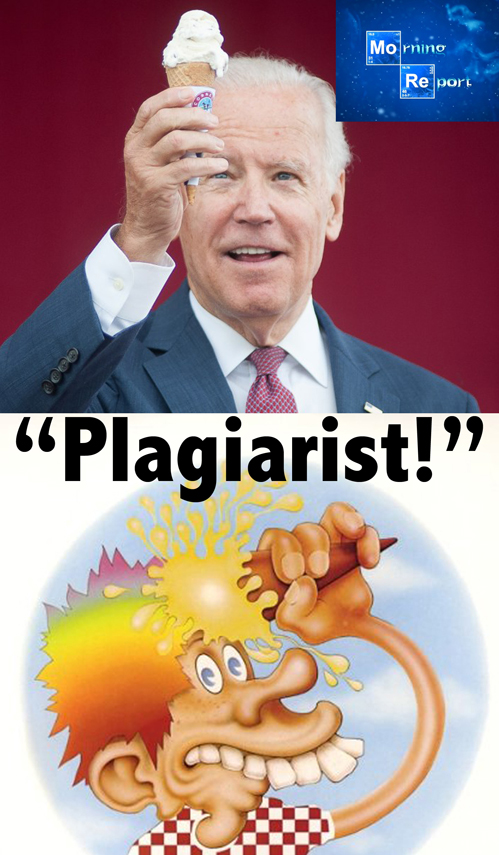 Good morning kids. Happy Columbus Day. Start of a new week and the top stories continue to be the Bidet Ukraine and China scandals, the impeachment/non-impeachment madness and the situation with the Turkish invasion of Syria and its impact on the geo-politics as well as how it redounds on President Trump. More on that in a moment but back to the top, Hunter Bidet is the kindest, bravest, warmest, most wonderful human being I’ve ever known in my life. His father, no slouch himself, as well as the Democrat Media Complex have reassured us, in response to President Trump casting aspersions otherwise. In fact, he’s so utterly beyond reproach that he’s stepping down from the board of directors of that Chi-Com investment firm just to prove Trump and all of us wrong. But not to worry; he’s squirreled away millions of dollars made from his work, whatever that work actually entailed which no one, not even Hunter himself can define, nor is the Media even remotely curious to find out, so he’ll be up to his eyeballs in cocaine and women’s inner thighs with which to snort it, for the foreseeable future. Funny how despite all the allegations being unfounded and patently untrue (sarc) they do nonetheless concern the alleged leading candidate for the Democrat nomination and his son. Yet none of the others in that field have dared nor will dare use that as a line of attack against him. The reason being is that to do so would vindicate Trump and render null and void (at least to sane, thinking people), the rationale for impeachment. That said, it might yet happen if, say, Elizabeth Hekawi, Bernardo Sandersnista or any of the others who think they might still have a shot – so, 15 or 16 people right there – feel they can use it to boost their chances. But that would be a neat trick, that is to both attack Bidet without rendering the attacks on Trump for the same crimes null and void. Pass the popcorn.

NOTE: The opinions expressed in some links may or may not reflect my own. I include them because of their relevance to the discussion of a particular issue.

ALSO: The Morning Report is cross-posted at CutJibNewsletter.com if you want to continue the conversation all day.