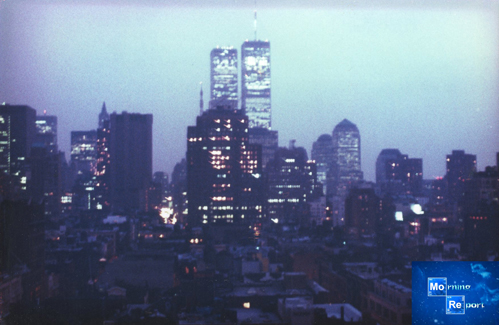 Good morning, kids. Friday and 19 years ago today nothing would ever be the same again. Many things became crystal clear that day and among them the fact that the Democrat Party was no longer the loyal opposition but the opposition. Today, it is starkly evident that they’ve gone even beyond being the opposition. In point of fact, they are the enemy. The smoking wreckage of the Twin Towers juxtaposed side by side with that of Minneapolis, Kenosha, Portland, Seattle and a dozen or so other urban areas are physically quite similar. In terms of how the wreckage was created, they are virtually identical. Two parallel totalitarian political ideologies, one dreamed up 1,500 years ago by a pedophile with delusions of deity who promised paradise in heaven if his followers created hell on earth, and the other some 1,300 years later by a filthy, self-loathing layabout and his wealthy mark that sought to create paradise on earth even if it killed everybody. Look at the flags, look at the symbols, listen to the rhetoric; if you squint your eyes and ears, they’re practically identical. And make no mistake; they are for the time being joined at the hip and working together to lay us low, forever.

What we are facing is as old as humanity itself; good versus evil. Admittedly, it’s an imperfect good. But make no mistake that the evil is 100% perfect. Always has been, always will be. As the saying goes, what doesn’t kill you makes you stronger. I wasn’t there and I mean no disrespect for the dead or even those who survived. But in a visceral sense, a part of me died that day. And over the years, especially the last four, things have come into much sharper focus. People you thought were friends and allies have revealed themselves as enemies, and the people you knew were enemies have devolved into mortal nemeses. This is not something I desired. And considering the legal, ethical and moral boundaries that the latter have completely disregarded in their lust for power, it is they who are solely accountable for the insanity of this past year and should, G-d forbid, we cross a point of no return come November, whatever follows after that.

Lastly, I will pause later to remember a classmate, Kathleen Moran, whose life was cut short at 42 because she just happened to have an 8:30 meeting at AON up on the 105th floor of the South Tower. * * * * * *

And the beat goes on, as…

Lots of other stuff. Enjoy the weekend.

NOTE: The opinions expressed in some links may or may not reflect my own. I include them because of their relevance to the discussion of a particular issue.

ALSO: The Morning Report is cross-posted at CutJibNewsletter.com if you want to continue the conversation all day.