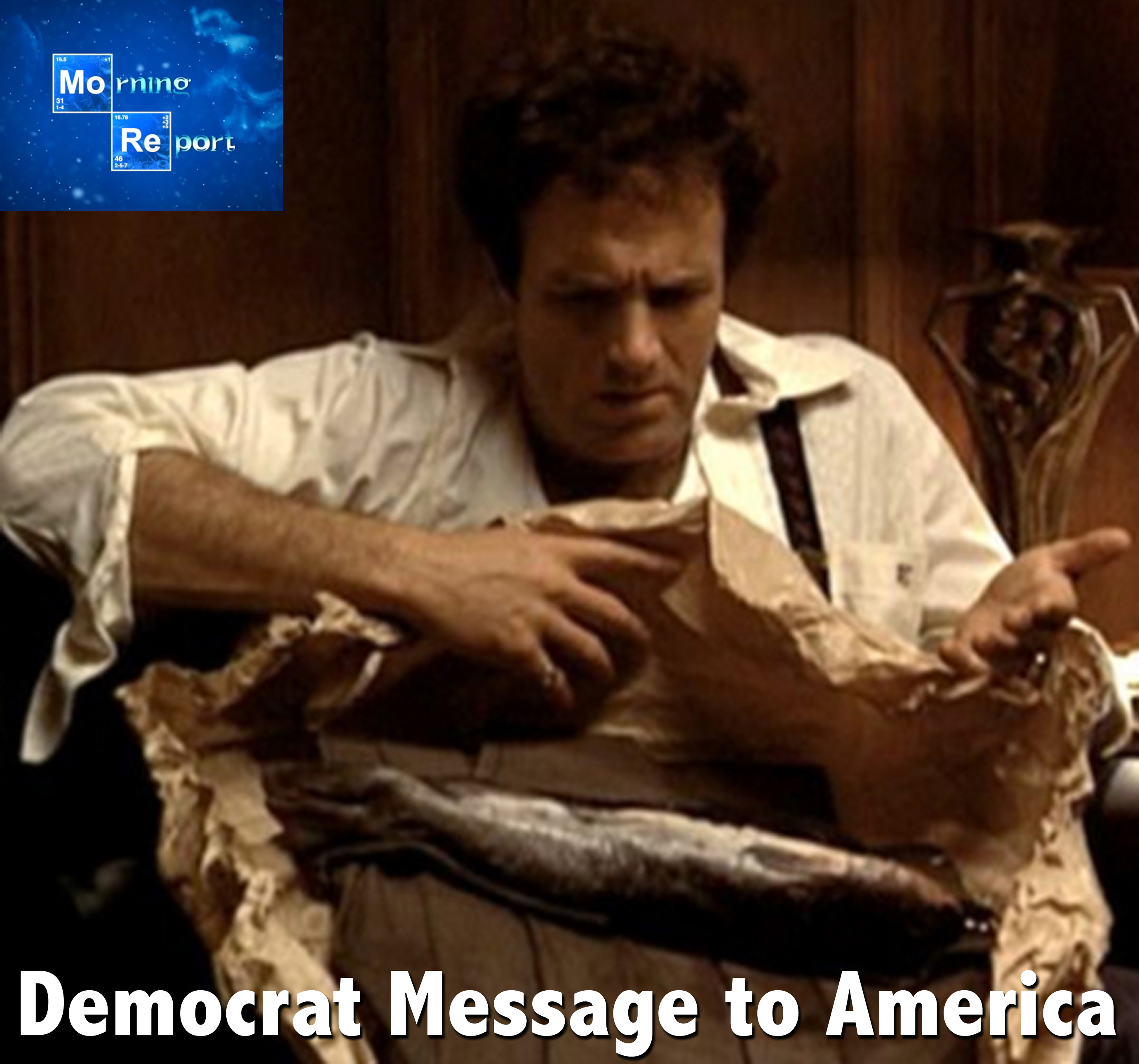 Good morning kids. Tuesday and the continued, increasingly unhinged behavior and rhetoric coming from the Democrat-Left-Media complex and its supporters ramps up, even as by all accounts they have lost control of the issue and the messaging with the public; the Trump base and crucially more and more of a large segment of heretofore people generally disinterested in politics.

The odious, execrable, “low-IQ” Maxine Waters has earned the ire of a number of GOP lawmakers (along with Judicial Watch who have filed suit) who are moving to censure and force her to resign for her loud, inchoate, incoherent incitement to violence against the President, his cabinet members and officials and by extension all of us who support him, his policies and agenda. So far, DHS Sec Kirstjen Nielsen has been abused at a restaurant and her home, Florida AG Pam Bondi at a movie theater, Presidential adviser and speechwriter Stephen Miller at his home (he was not there at the time) and now another DHS official had the burnt carcass of an animal left at his doorstep. Going back to last year, we have Rand Paul brutally beaten by his neighbor and a would-be mass assassin with links to Dick Durbin shooting up a GOP softball practice and gravely wounding Steve Scalise.

Unpleasant on every level as it may be, let’s circle back to Maxine Waters. Not only is she not apologizing let alone even backing down an inch or even faking a scintilla of sincerity, she is ramping up her rhetoric. I think part of it is because her unhinged ravings draw the cameras like maggots to a rotting corpse. And the more they gather to feast, the more she festers. The Media can’t help it because they don’t want to, considering their collective attitude towards PDT and all of us. Nancy Palsi and Cuck Schemer are freaking out because they know the optics of this are disastrous to them politically. And now, the Cray-Cray Poverty Pimp of Compton in her own insane way has let the cat out of the bag (as if you, gentle reader didn’t really realize what I’m about to lay on you); she is openly praising the destruction and violence of the 1992 Rodney King LA riots and claiming them to be the “defining moment” of the resistance. Say, what? That was 26 years ago, lady. Then again, slavery and Jim Crow – that is DEMOCRAT slavery and Jim Crow – was 150 years ago. Doesn’t matter. It’s all they have left. Actually, armed violent insurrection is the last step, G-d forbid.

When you consider what she’s saying in the context of everything we’ve witnessed since January 20th, 2017, it should be plain as day for anyone with eyes to see or a modicum of intelligence with which to reason that the Left is running on empty. The election of Donald Trump, despite the combined efforts of the Media and allied entertainment-propaganda mills, academia, the instrumentalities of government in the bureaucracy, including rogue judges and the national law enforcement and intelligence entities to destroy this man, has been wildly successful. He has upended the figurative tables of the money changers in the temple and smashed the golden calf of the idolators. The man behind the curtain has been exposed. No more metaphors. In any case, considering the state of the GOP I fully expect Paul Ryno and Mitch McCoCbrother to go after anyone going after Waters. And that said, now might be an opportune time for Kanye West to reappear and lay down some truth about Waters and her Poverty Pimps in the Democrat Party and CBC.

There are lots of other things to get to, including a showdown coming in the House with the Intel Committee and Rod Rosentraitor over his stonewalling in the investigation of the investigation, Ali Watkins over at Slim’s Slimes is a literal media whore, Maggie Hassan isn’t going to fire her vile little teenybopper assistant who hurled an obscenity at our President in the Capitol Rotunda and the shambling dipsomaniac who will never be POTUS compared PDT to Erdogan, or something.

That segues nicely into the international scene where the big news you’re not hearing about is that as the Iranian riyal collapses, it might at long last bring down the mullahs. A mass demonstration in the Tehran bazaar heard shouts of “Death to Palestine!” from the protestors. And the bad actors of Hezbollah, Hamas and Palestinian Islamic Jihad are shitting bricks since if Iran goes, they’ll have to get their pallets o’cash somewhere else. Wow. Stay tuned. Meanwhile, Mad-Dog Mattis is heading for a confab with the Chi-Com PLA, sectarian unrest in Nigeria has resulted in 86 deaths and some analysis of what Erdogan’s latest political win might portend for him. Hopefully, a case of instant lead poisoning. Lastly, Angelo Codevilla who gave us the seminal essay on “The Ruling Class” is back with another deep analysis on American foreign policy in context to today’s global situation. I recommend it.

Domestically, as SCOTUS closes out its year, it has punted the flower shop decision back to the Washington state court, PDT slams Harley Davidson for moving production back to Europe in the wake of the tariff decisions, the President is all in on coal and nuclear power and the great Democrat AG-led assault on the oil companies appears to be fizzling out.

From hither and yon we have several great pieces on the insanity of the Left and their utter hypocrisy from such luminaries as Jeffrey Lord and Walter Williams as well as our final offering which I think crystallizes all of the above quite well. It brings to mind the must-read perennial classic, Eric Hoffer’s “The True Believer.” Get it, read it, pass it on.

IN THE LEAD: THE AMNESTY SCAM