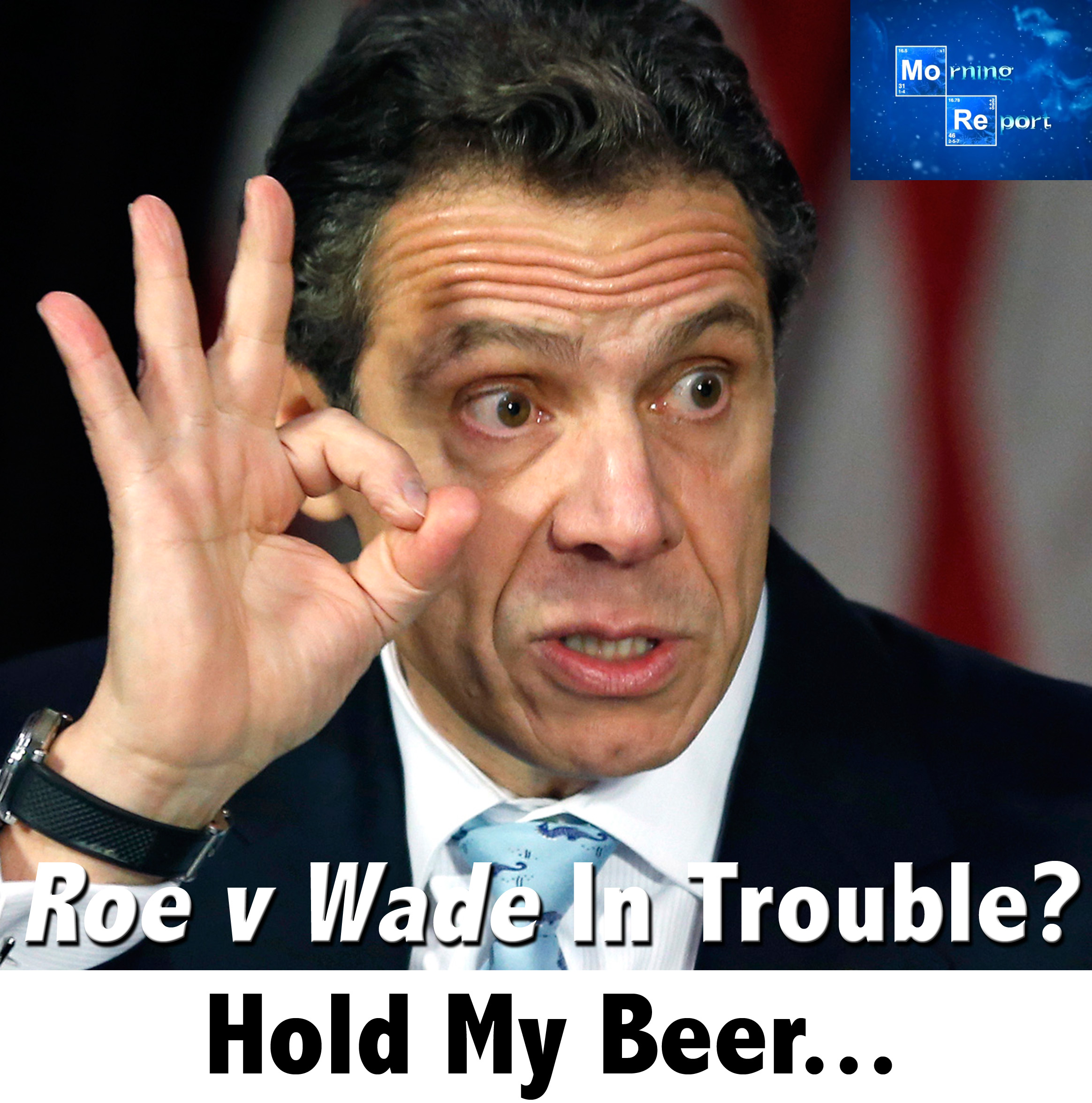 Good morning kids. Lots of stuff to cover so let’s get to it. While the Brett Kavanaugh nomination is obviously still at the top, the actual storylines surrounding it are as old as the stains on Hillary’s Watergate-era 18 Hour Girdle. Once again, bereft of any legitimate concern or criticisms of Brett Kavanaugh, the Democrat-Left Media complex is once again resorting to smear tactics including the race and gender card, the sexism/misogyny card, the frat boy cruelty card and now… the credit card. Yes, gentle reader, Brett Kavanaugh, a federal-level judge who has a stellar record of jurisprudence is completely unfit for service as an associate justice on the Supreme Court of the United States because he once had credit card debt and paid it off. That big reveal by the way comes from the National Laughingstock, aka Washington Post. There’s nothing more to add to this. The age of Trump, along with a so far free and vast internet and talk radio, means that the Media/Propagandists of old have lost complete control of shaping public opinion and so can only respond reflexively, as they have always done. Only this time, significantly more people are on to the game, whether they know it or not. PDT, whose attacks on the Media and other sacred cows have caused “the smart set” elite to recoil in horror, has destroyed their undeserved credibility, such as it was, and the illusion of a free and independent press. And right along with it, Leftwing politics and the illusion of Democrat Party fairness, equality, justice and looking out for the little guy has gone right down the shitter with it. I’ll circle back to this later.

Moving on to Spygate and the Mueller Witch Hunt, Peter Strzok is set to testify to Congress today, despite “Gun-Moll-Gummy Boo-Boo” Page’s blowing off a Congressional subpoena yesterday. Given the arrogant disregard these two tits and their overlords have for the rule of law, I don’t expect Strzok to plead the Fifth; I expect him to lie through his teeth safe in the knowledge that, effectively, he faces no real recriminations for doing so. Yesterday, Rep Lee Zeldin Tweeted out his revulsion at Page and his desire to see her cuffed and dragged in front of the committee if need be. In any case, I suppose like the exposure of the Media by PDT, even if the players involved face no real punishment, this entire thing is a lesson and wakeup call to a great many Americans, even some of us right here who never in their wildest nightmares could imagine law enforcement and intelligence operatives behaving in such brazen, clearly dangerous ways. A blessing in its own way, although rotting in prison would be eminently more satisfying, not to mention just. Aside from that, the smear campaign against crusader Jim Jordan seems to be falling apart; the main accuser, judging by the links, is turning out to be a real piece of work. In other words, typical Leftist.

Moving along let’s start with Amnesty/Immigration news. Bill DeBolshevik evidently crossed the border illegally whilst whoring for the media in Texas. Meanwhile New York City is overrun with derelicts, scumbags and vermin – mostly registered Democrats, the Columbia and NYU professoriate and attendees of Anna Wintour fundraisers, but I digress. Despite the insane calls to abolish ICE (and thereby America as founded – see the link), there is growing pushback; Rep Diane Black from Tennessee has introduced a zero tolerance bill against illegals and those who employ them, a petition drive has shockingly made it on the ballot in of all places Oregon to abolish that state’s sanctuary status, Sally Yates, who is another one who should be in Leavenworth for the rest of her days, is a warped slag, and the new rules about asylum seekers could really help cut off the invasion.

On to the political scene where even the Leftist pollsters can’t seem to fake the numbers, which all point to a less than stellar performance for the Democrats in November. Nice to see, but still, polls are polls and meant to shape public opinion, not reflect it. Beat-Off O’Rourke flew out to LA again to fundraise for his Texas Senate campaign against Ted Cruz. Can you say “Wendy Davis?” Meh, another illustration of why we need to repeal the 17th Amendment. Nevada Dem Senate Candidate Jacky Rosen, who has been boasting about her acumen and record as a small business owner has a tiny problem – no one can find any record at all of her business. And wicked-smart Andrew Cuomo promises to sue if SCOTUS strikes down Roe v Wade. That sound you just heard is Chis Cuomo emitting a Nelson Muntz laugh. And in all seriousness, Rush yesterday made a prediction that ties much of this together. Given the nature of the courts and the bureaucracy, in that the courts make permanent the unconstitutional diktats of the Federal bureaucracy and other institutions (Planned Parenthood, ACLU, etc.), if they ever lose that, they lose virtually all their real political power. And that is because of not only the Constitution, which Katy Tur(d) claims is outdated, but the electoral process itself which cannot be relied upon to guarantee Leftists victory every 2-4 years. So Rush predicts that eventually, along with ICE and the Constitution, the Left will eventually call for an end to elections. Maybe Andrew Cuomo will push for having a vote on that.

On the international scene, the President put NATO in its place, called out Merkwuridge Merkel for being a Russky stooge with a secret gas pipeline deal, Britain’s Brexit debacle and political crisis and Michael Ledeen on Trump’s opportunity to bring down the Mullahs.

Closer to home, Fake Flake cries uncle on PDT’s nominees, tax revenues are up thanks to the PDT’s tax cut riding the Laffer Curve, Stockton, California is going to guarantee income for all, the TSA means “tits, scrotums of adolescents,” and the Janus ruling might become the first huge blow to break up big education’s Brainwashing Inc. Please G-d.

In Red-Green Climate Scam news, the acting head of the EPA is even more determined to break up the agency than Scott Pruitt, CO2 plant food levels are down yet no cheering from the Red-Greenies, and the Chi-Coms aren’t buying into the recycling scam.

From hither and yon, U Kansas takes down the defaced Colors and NBA star Draymond Green gets a bite of a reality sammich for defying the Left and visiting the evil Jooz in Israel. Did they teach him the cloud-sucking trick?