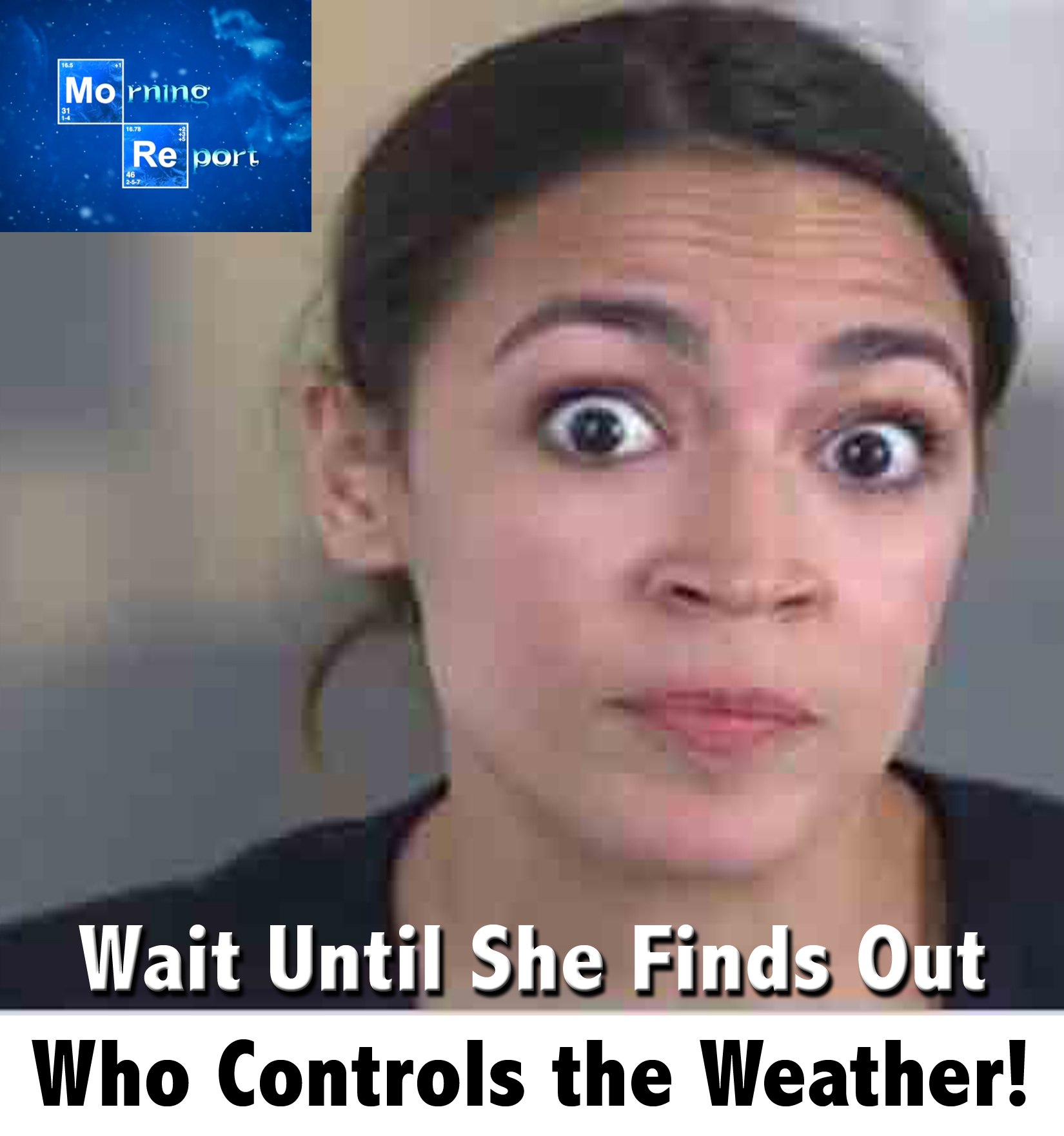 Good morning kids. Midweek and as the dust settles from the fallout over the PDT/Putin Helsinki summit, what’s coming into sharp focus (as most of you already knew as you were watching it) is that the reaction to the summit, and in particular, the press conference was staged, rehearsed, pre-digested agitprop. No matter what the President said at that presser, be it critical or conciliatory towards Mr. Putin and Russia, it would have been blasted. “But, but, but muh Pootinz!” Feh.

After a year-and-a-half witch hunt trying to prove that Russia minimally somehow rigged our 2016 presidential election and maximally did it in cahoots with President Trump to install him in the Oval Office – with absolutely ZERO proof and the reputations of our LE and intel agencies and above all their leaders in tatters – this was a shamelessly desperate gambit on the part of the Democrat-Left-Media complex to maneuver him into some sort of rhetorical trap that they could then use as proof. It failed. And in spectacular fashion. Lemme ‘splain you. Actually, I’ll let Limbaugh do it.

I think when Rod Rosenstein went out and announced this indictment, and then admitted that no votes were affected by this Russian meddling – that the outcome of not a single election was affected by what these Russians are alleged to do in this indictment – it caused a panic to ripple throughout the deep state, throughout the Democrat Party and the media. I think it was seen as, “Oh, my God. Mueller doesn’t have the goods!” I think these people have believed…

Here comes this indictment, and it finds nothing – and in effect, may actually signal the end of the Mueller investigation. Rosenstein made it plain: Nothing in this indictment, nothing alleged to have occurred by these defendants affected the outcome of a single election. Many people thought that the Mueller indictment announcement was yet another nail in the Trump coffin. I think it’s the opposite.
I think it was a cold shock to the system that Mueller doesn’t have anything, because there isn’t anything speaking of evidence of collusion – and then Mueller handed this case off to a division of the Justice Department where it’s never gonna be seen. This case has been tossed out.

…And then Trump had the audacity at that press conference yesterday to ask everybody about the Democrat server? That’s where the hacking took place, and that’s where the collusion took place. It’s all on the Democrat side. All of this is falling apart, and the chances that all these people are gonna be exposed is causing them to panic. I have very little doubt about that.

QED. Look we can talk all we want about, well, Trump shouldn’t have been so conciliatory to Putin and this and that and so forth and so on. But for crying out loud, a) it’s a diplomatic meeting, not a weigh-in before a boxing match where you hope someone throws a punch and b) we don’t know what was said behind closed doors despite the fact that now the desperate Dems lead by the jiz-lipped Kennedy spawn wants PDT’s interpreter brought before Congress and forced to cough up the conversation. Unreal (as in all-too real). Finally, it’s actions that speak louder than words. PDT is strengthening our ties with former East Bloc nations that rightfully fear the bear, he’s countered Obama and installed missile defense batteries inside Poland, he’s scrapped the disastrous Iran nuke treaty (Iran being a key client state of Russia) and now has the regime on the ropes and our oil production has Mr. Putin virtually begging us to cut back. Yup. Donald Trump is a deep-cover Russian agent. Has been for decades. Sheesh.

And as far as the “treasonous” act of criticizing our intel community in front of the world, these are the same people who have been colluding to actually steal the election for Hillary and steal the Presidency from PDT and the American people. The decent, honorable members of that community notwithstanding (wherever they’re hiding), to hell with them. They and the Democrat-Left-Media complex right here in our own nation – our fellow countrymen (spit) – are the worst threat this nation faces.

Speaking of our brave, fearless, incorruptible defenders of the realm and justice, is Gummy-Boo-Boo Page about to flip and rat out her “lover” Strzok? Devin Nunes is pissed that the FBI and DoJ are completely stonewalling the investigation in the hopes that the Democrats retake the House and then kill it for good, from the day-ending-in-“Y” department David Corn is a laughable hack, and Emmett Tyrrell over at the Spectator has had enough and wants PDT to declassify all the document related to this shit-show. Politically, it opens him up to obstruction of justice charges but I think it’s safe to say that the base and a growing number of heretofore disinterested and/or undecideds or even disaffected Dems are now on the side of “teflon Don.”

Speaking of interfering in elections, recall it was Obama who meddled in Israel’s election in a bid to oust Netanyahu – and on our dime no less. Meanwhile, the question remains who was the “foreign entity” linked to Hillary in the server debacle? The world wonders…

On to politics where that living symbol of truth, justice and the American way James Comey is urging Americans to vote Democrat this November. Yup, that’ll go over well in most of the nation. Meanwhile, tender comrade, Democrat-Socialite Alexandria “Loopy Velez” Occasional-Cortex is urging mostly peaceful civil unrest at non-zebra ICE stations, border crossings and airports. Although she’s gone wobbly on Joo-baiting and Israel-bashing, she’s cocksure Capitalism will bite the dust. And soon. Two good links on the hard left race to the bottom that the Democrat Party is undertaking, and as IBD points out, this is not a new phenomenon. We call Ocasio-Cortez a crackpot and rightly so, but this dame scares me, not in and of herself, but as a possible harbinger of things to come, especially if we do not take back the education of the next generation of American schoolchildren. I’m of two minds on her and what she indicates. Yes, I think it’s a very good thing that the Dems douse themselves in rhetorical gasoline and toss a rhetorical match on themselves. When the mask slips and they expose themselves as who and what they are, the reaction is generally revulsion and repulsion. And yet, too many young people (and old enough to know better older adults) think socialism is the wave of the future despite human waste – bipedal, political and fecal – in America’s cities as well as 100+ years of gulags, mass graves and gas chambers around the world. Also, what is considered extreme and unacceptable somehow within an ever-shortening span of time becomes the norm (see: homo marriage, transsexualism, etc.). I suppose the bottom line is we’re in the center of it all and it’s going to take a bit of time and distance to see how these sea changes, especially on the Left, are going to shake out. No matter what, the election and presidency of PDT is going to cause a sea change politically and culturally here and abroad. No doubt about it.

Circling back to immigration and amnesty, and it kind of ties in with my commentary on the nation’s trajectory, while San Fran-shithole is in a mad rush to register illegal aliens to vote, deep blue Washington State will have the anti-sanctuary laws on the ballot this November. Recall California’s Prop-8 marriage law which actually passed and then was rejected in the courts. Also recall the purging of Mozilla CEO Brendan Eich for being outed, if you will, for contributing to it. I expect doxxing galore if this thing passes. On a related note, the IRS has issued a ruling preventing the release of donor lists. Meh, I’m sure a Deep State embed “resistance fighter” will release the names and addresses, just like that NYU lecturer Lavigne did with ICE/Border Patrol agents.

Speaking of cancerous, fascistic worms destroying and destabilizing free speech and enterprise, in all the kerfuffle over Helsinki did you hear about this Twitter terrorist Matt Rivitz? Evidently he has led this anonymous mass drive to destroy Breitbart and Laura Ingraham, among others. He should only get back 10-fold what he has put out there. And whilst on the subject of socialist media, there was a hearing about regulating Facebook and social media censorship which the Dems, led by shambling sack of lipids Gerrold Nadler tried to use as a platform to bash the President. He failed. That said, an anti-Facebook group which has among others Linda “Hamas-Louse” Sarsour as its leaders, displayed propaganda posters that are right out of Nazi Germany. This is YOUR Democrat party, Lefties.

In other news, Blue States are going to sue to overturn PDT’s new tax rule limiting deductions of state taxes on Federal returns, the $15 minimum wage is killing New York City’s restaurant industry (shocked!), John Stossel in a short film utterly destroying the plastic straw ban insanity, Netflix’s woes offer a real world lesson in the free market sure to be lost on Occasional-Cortex and lastly Mandalay Bay is preemptively suing 1,000 victims of last year’s mass shooting, in order to somehow protect them from having to pay them out. I can argue with myself back and forth about liability but the optics of this, which shouldn’t necessarily count, just look terrible. Ugh.