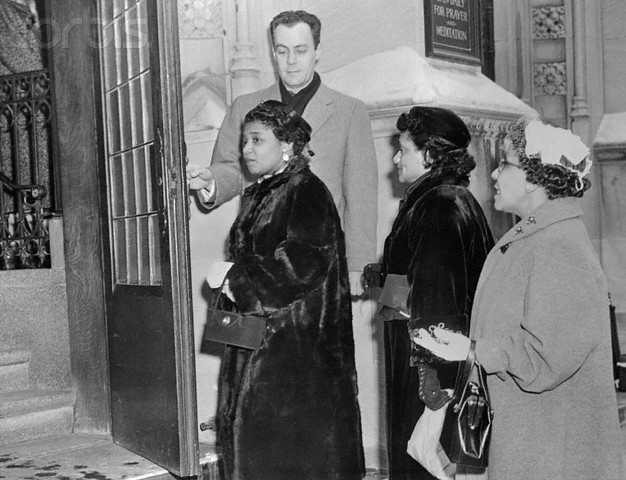 Ace wrote about Ron Coleman’s recent epiphany, and it struck me that the difference in morality is not confined to the current political insanity in which we are immersed.

I am sure that there are philosophical arguments to be made, but “The Golden Rule” is one of the bedrocks of a moral life and a civilized society.

What is hateful to you, do not do to your neighbor: that is the whole Torah while the rest is commentary; go and learn it.

And as you would that men should do to you, do you also to them in like manner.

Notice that those ladies are walking into church. Funny how as we become more areligious we act less human towards one another. Could it be that religion is a powerful influence over our behavior, and we abandon it at our peril?

There has always been evil in the world and there always will be. But the “othering*” of one’s political adversaries seems to have become the default position of many on the left. And the coarsening of public interactions may have been the precursor to some of this behavior.

Opening doors for ladies and saying hello to people one passes on a walking trail and not extrapolating political differences to one’s interlocutor’s position in the universe is pretty simple behavior, but it has become quaint and antiquated.

And that “othering” has far more malign results, as people feel increasingly comfortable treating their political adversaries as sub-human, so screaming at them and throwing things and hitting them over the head with bike locks and shooting them seems perfectly reasonable, because they are not part of their herd or tribe and therefore are not to be included in the great calculation that moderates our behavior, but violates the basic precepts of our great religions!

But “other” us at your peril, because we too can violate some of those rules, but remain under the aegis of our moral codes. Defense of our families and churches and social fabric is not prohibited by Natural Law or God’s Law.