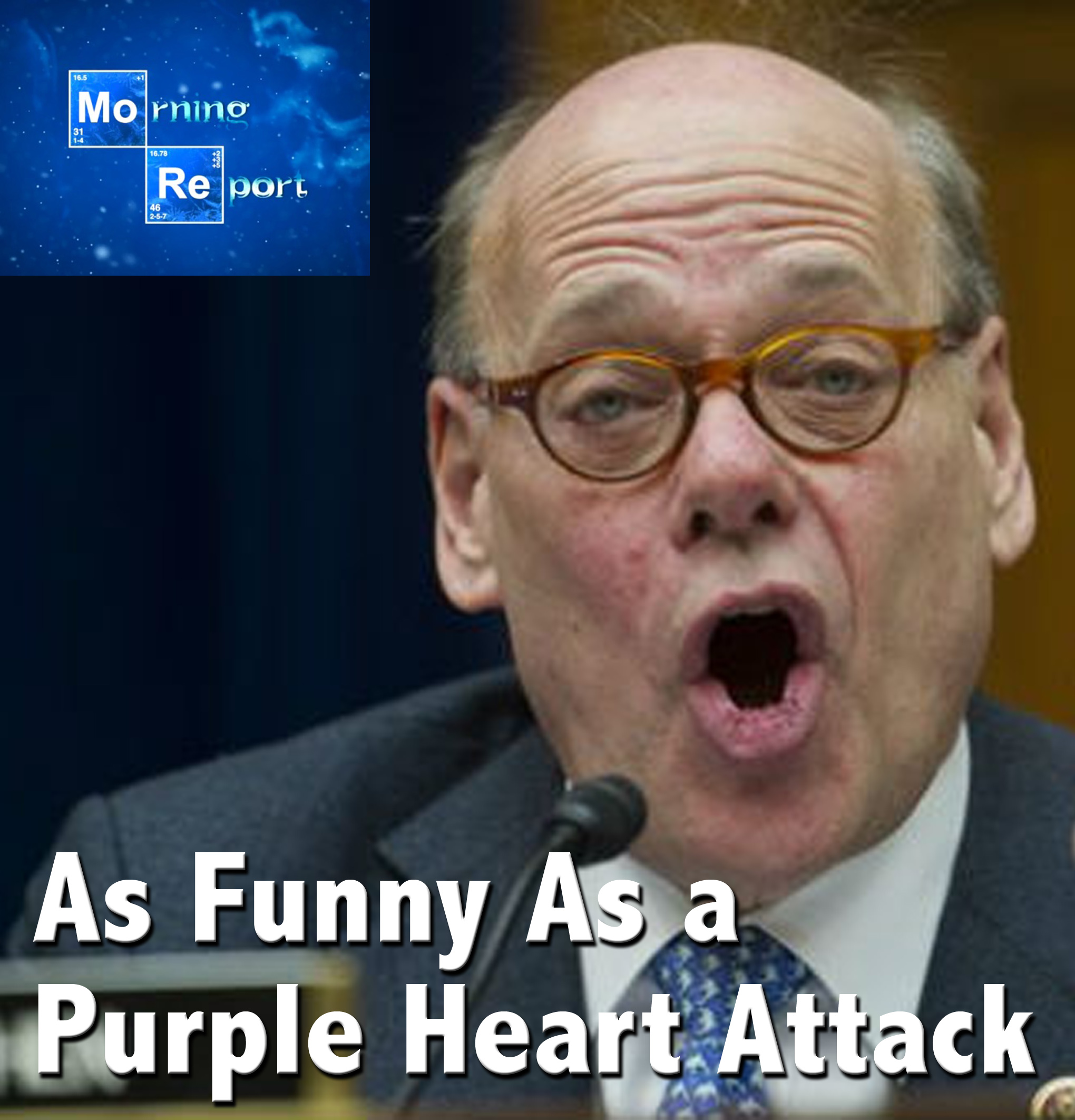 Good morning kids. Another summer weekend’s upon us so let’s get right to it. As I have said before, it’s becoming more and more difficult to categorize specific news items because they all are interrelated. And as time passes, the common thread connecting all of them and in fact becoming the story itself is the attempt by a significant minority of the citizenry attempting nothing less than the overthrow of this nation and the permanent subjugation of the people. If there is a silver lining in this, I would have to say that because of the ascendancy of alternative media as not only a political force but the sole purveyor of actual dictionary-definition journalism and open, honest, free debate, all capped off by the election of President Trump, the Left – academia, media, government – has lost control of its ability to drive a narrative and steer the direction of our society. And now, because of this they have become “reactionary” (heh).

The rhetoric from those who’re adults (on paper) and putative responsible leaders and spokesmen has become off-the-charts unhinged. And the result has been a concomitant ramping up of violence and threats of violence. The latest idiotic outburst comes once again from a loathsome bipedal coprolite that calls itself Steve Cohen. This is the guy that belched up that Peter Strzok, a sociopathic FBI Agent who thought his badge gave him the right to help overthrow a duly elected president, deserved the Purple Heart for undergoing questioning in front of a House Committee that was justifiably grilling him about is subversion and sedition. But I digress, as is my wont.

So Cohen gets up in front of a prayer breakfast at a black church and vomits up this garbage:

Comedy gold, Steve! And then later on, when the joke went over like LBJ grabbing a beagle’s ears, he said “just kidding.” You know what’s really funny? All the congregants and constituents who keep voting for this despicable pinhead and his party, the same party whose polices have put them in early graves, prison and piecemeal in test tubes for Cecile Richards to sell. Who’s laughing now?

Meanwhile, as the Democrat-Left-Media complex go into Replicant Pris mode after being sot by Deckard, one cupcake in Massachusetts openly used Twitter to put out a $500 hit on any ICE agent, and Antifa terrorists rioted at Portland City Hall and physically assaulted police. But, Alex Jones and Climate Change denial! So now, bereft of ideas, having been exposed as frauds whose policies not only don’t work and never work as advertised but inflict pain, suffering, financial and societal ruin, are resorting to violence and censorship to get us to shut the fuck up.

As Rush Limbaugh noted yesterday, being rejected at the ballot box means only one thing to the Left: we wuz robbed! So, not only is free speech really “hate speech” (especially when hate speech means being able to intellectually punch holes the size of an 18-wheeler in any argument a leftist makes) and therefore must be regulated, eventually the root cause of the problem is our entire electoral process that prevents civilized enlightened denizens of the Upper West Side of Manhattan and Santa Monica from their just G-d-given right to lord over us. And of course, the Constitution of the United States that put it in place, like 200 years ago, man.

As a side note, and I don’t mean to give this short shrift but coming on the heels of yesterday’s link about Google refusing to help the DHS and getting in bed with the Chi-Coms, we have news that one of the biggest American consulting firms, McKinsey, is walking away from a huge DHS contract citing some bullshit about them conflicting with their ethics vis a vis immigration. But guess who just hired them? Add this on to the Dianne Feinstein garbage and it ain’t a pretty picture. It looks like the Chi-Coms are now doing the subversion that the Soviets did since the 1920s. Yes, George Soros, Tom Steyer and many others have been at this game and should be neutralized (rhetorically speaking, of course). But, to quote General Buck Turgidson, “I smell a big fat commie rat.” And thanks to the Clintons and Loral Space, plus a spy network that has been here since forever and their penchant to steal patents and counterfeit everything from cat-food to computer chips, this is a big ‘effin deal, my brothers.

Side note, my ass. Sorry about that. Lots of things going on including shameless electoral shenanigans in Ohio 12 which is a harbinger of the Midterms I can guarantee you that, Ocasio-Fiasco continues to make Barack Obama sound like a mensa member and lashed out at Ben Shapiro for challenging her to a debate; it was equivalent to a wolf-whistle or something. Whatever Chris Collins is accused of doing got 18 times more coverage than “Go-Gata!” and Chakka Fattah actually did, Nancy Palsi is not liked, Don Jr. crumbles Milano cookie and an upbeat essay about the outlook for November. By the way, the liar who accused Jim Jordan about knowing about the sex abuse at Ohio State has recanted the accusation. Thats for the media which will no doubt not report it.

Going around the horn, Trump and Putin collude with each other with sanctions and counter sanctions, Israel tops a list of 25 of the world’s most powerful nations, Muzzy front group is trying to pressure Hyatt into stifling ACT, Sarsour the Hamas Louse is tied to the father of the New Mexico junior-jihadi trainer and a warning about ignoring the threat from within. Meanwhile, Abby Huntsman has joined the View as another “conservative” voice (sure), Tubby Riefenstahl is punching sprocket holes in his latest sure-fire flop and lastly today marks the anniversary of the 2001 Jerusalem Sbarro Pizzeria terror attack. Sarsour will be handing out candy to celebrate, no doubt. Vayr-ge-hargit.