The manipulation of the language by the hard left is one of their greatest skills, and the conservative opposition to it is weak and ineffectual. We tend to accept their torturing of the language by allowing it into common usage without challenge, or at most some half-hearted attempts at correcting the etymological record. But the danger is not merely the coarsening and degradation of the greatest language in human history; it is the twisting of traditional definitions of behavior into ones that serve the interests of the progressive march through our culture.

Tolerance: willingness to accept behaviour and beliefs that are different from your own, although you might not agree with or approve of them: 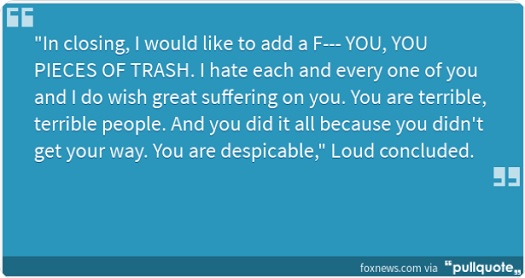 Hening filed a lawsuit against Virginia Tech and Coach Adair in 2021 but Virginia Tech immediately attempted to file a motion to have the suit tossed. The athlete stated that when she refused to take part in the kneeling, which at the time was a virtue signal statement indicating public support for the Black Lives Matter movement, Adair began to insult and demean her as well as limiting her time to play during matches.

“Tolerance” has morphed from a term to describe acceptance without approval, to a cudgel with which the left beats us if we do not enthusiastically support their every lunatic idea, program, political stance, or cultural and social destruction.

Yet we must simultaneously reject our own beliefs and behavior, and gut the idea of a moral society, otherwise we will be accused of “intolerance.” Even ignoring the logical inconsistency of that stance, it is tremendously destructive for a society to be forced to accept behaviors that are antithetical to its founding tenets, many of which are based on 2,500 years of moral development, otherwise known as Judeo-Christian society.

So we must accept the rejection of a traditional symbol of the Christmas season (the Christmas tree) because someone, somewhere, somehow was offended, and when we object we are labelled intolerant and viciously criticized. Never mind that America is a Christian-dominated country, that the Christmas tree is an accepted symbol of a truly lovely time of the year, and that only angry, bitter leftists get upset by it.

And we must kneel at the alter of black supremacy too, otherwise we are accused of “intolerance” and more…racism, white nationalism and supremacy, and on and on.

The left would have us “tolerate” exactly the things that are designed to destroy traditional American society…you know, the one that is responsible for the economic and social conditions that have, until recently, made us the richest and freest nation on earth.

When you hear the word “tolerance,” demand that your religious principles be tolerated, and the insult to them that is demanded by the left be banished from the public square. Our religious principles dictate that marriage is between a man and a woman, and that must be accepted…tolerated…too! And the concept of a color-blind society is paramount in our civic principles, so the very idea that any lives are superior is anathema, and must be banished out of respect for our tradition — elucidated quite well by that famous white supremacist Martin Luther King:

“I have a dream that my four little children will one day live in a nation where they will not be judged by the color of their skin but by the content of their character.”

In fact, we should probably be magnanimous, and not even force the left to celebrate our principles and behaviors and beliefs…as long as they are tolerant…